Is Surrogacy Legal in Canada 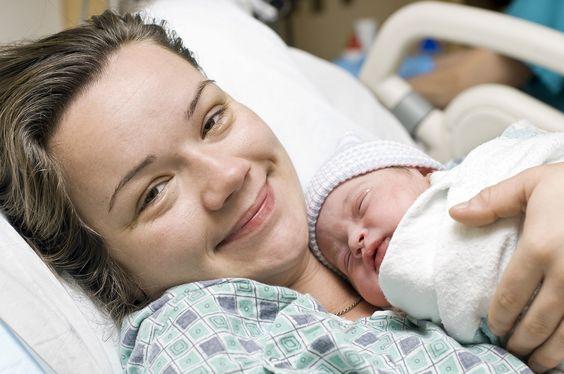 Surrogacy is a complex series of procedures whereby a young healthy woman (Surrogate mother) agrees to carry a child for those intended (parents, couples, single parents and, LGBTQ communities) to hand over the child to them after delivery, fulfilling their dreams of parenthood. In Canada, surrogacy is regulated by the federal with the principles:

Today, Surrogacy has become a common practice for those intended people, the child is born every two seconds across the World. Therefore, every state has its regulations controlling surrogacy legalities.

Likewise in Canada, the relevant legislation and legal issues arising out of surrogacy agreements are complicated and the penalties for failing to abide by the laws regarding assisted human reproduction (AHR) in Canada can be very severe. As soon as you are seriously considering Surrogacy in building your family, consult with The Fertility World qualified fertility lawyer.

Let’s discuss whether surrogacy is legal or illegal in Canada

Yes, surrogacy is legal in Canada contrary to other people’s beliefs. The Assisted Human Reproduction Act (AHRA) is federal legislation that sets out activities that are permitted and those that are prohibited in consideration to a woman for acting as a surrogate altogether.

What is permitted & prohibited in the AHR act Canada?

Under the AHR Act, the surrogate mother is a woman to surrender the child after birth. She carries your embryo or a fetus in her womb, conceived through an assisted reproduction procedure, and or derived from the genes of a donor or donors. Also, the AHR Act states that these prohibitions (section 6):

This means that a surrogacy contract must follow the laws of the province where the contract is signed. All of the surrogate’s reimbursable expenses require documentation reports such as receipts and may require written confirmation from a medical professional that the expenses are necessary. This includes:

To understand a complete list of eligible expenditures, please consult the Reimbursement related to Assisted Human Reproduction Regulations or the Government of Canada’s guidance on this topic.

What are the statements of the AHR Act in Canada?

The ARH Act states that all surrogacy in Canada must be “altruistic surrogacy”. This means that the surrogate is not allowed to make a profit from being a surrogate. In Canada, surrogates are only permitted to have certain expenses reimbursed or paid for, but not to be paid a salary or otherwise gifted items instead of a salary.

Extending a family via assisted reproductive technology (ART) is an exciting and memorable journey, yet challenging journey. As an intended parent, understanding the legal guidelines, directing and protecting every step of the way.  One should possess the following conditions:

What are the minimum Criteria to be a Surrogate in Canada?

Those women considering becoming surrogate mothers in Canada should meet the following requirements, and is it right for you?

Why are surrogate mothers opted by intended parents?

Today! One out of every 6 couples in Canada is infertile. This infertility is caused by several factors and the intended opt to use a surrogate as an alternative for their family building.

Qualifications for Egg Donors in Canada, at Fertility World

Donating or offering an egg to an intended family is an incredible gift. Because you are giving such an amazing gift to a family, there are strict qualifying factors to be an Egg Donor. An egg donor must meet the following conditions to be eligible to be an Egg Donor:

Why is the donor egg used in Surrogacy?

Egg donation is often used by intending parents when a woman (partner) whose ovaries have either been surgically removed or are functioning poorly. Poor function of the ovaries can be due to

Are you conscious of the problem of male infertility and considering donating your sperm? If, so you’re doing an amazing job. However, there is terms and conditions to be qualified to be a Sperm Donor in Canada:

Sperm donation is legal in Canada. However, there are various restrictions. Perhaps most notably, across Canada, it is illegal to purchase sperm from a donor or a person acting on behalf of a donor. Sperm donation can happen in a clinic setting or can be done at home through at-home insemination.

Why Donor sperm is Used in Surrogacy?

Insemination using donor sperm has been practiced for over a century. Since the emergence of HIV, donor insemination (DI) has been performed only with frozen and quarantined sperm to allow for time to test the donors. Donor eggs are used when the male partner has severe abnormalities in his semen and or reproductive system, which may be present at birth (congenital) or develop later (acquired) and in other situations such as the following reasons:

Surrogacy is complicated and is a long process, there are federal and provincial laws that apply before, during, and after the birth of a child through surrogacy in Canada, also in most states. Having the right legal counsel is critical to ensure that your surrogacy journey goes smoothly. If you are considering surrogacy in Canada, either as an intended parent, or becoming a donor or a surrogate.

Book an appointment or register with the Fertility World; we would be pleased to assist you with free consultation and up to 10% concession.